The standard was even higher than last year's as the team channelled their Mary Berry with a stunning selection of cakes which raised an impressive £363.80!

With 4 categories to deliberate over, the judges took their responsibilities very seriously, judging first on best appearance, and secondly on best taste.

Pat, this years Mayor of Welwyn Hatfield said:  'It's been such fun being Mayor but today's event will stay in my memory as one of the best. The cakes are exceptional - I don't know why some of the people are in the legal profession rather than baking professionally!  They are all so clever, I was very impressed with Soft Brexit and the detail in the Family Law cake was amazing.  The hospitality was excellent, thank you!'

Debbie from Citizens Advice said 'We were thrilled to be invited to judge. It is fantastic to be supported by a local legal firm such as Crane & Staples.  Many people don't know that Citizens Advice is a charity so we are extremely grateful for their fundraising efforts.  It's been a truly lovely morning, great fun, and lots of gorgeous cake!

Funds raised were split equally between the WelHat Citizens Advice and the Eastern Legal Support Trust. 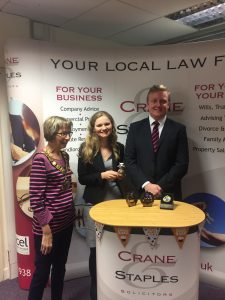 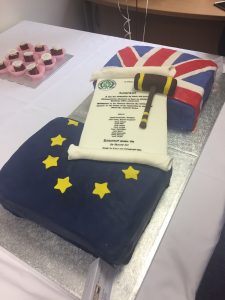 created by Tia Hussain and Jodie Sharkey, featuring all the members of the Family department 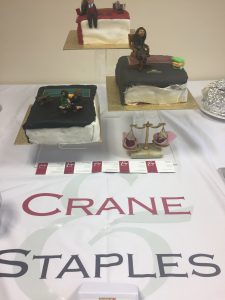 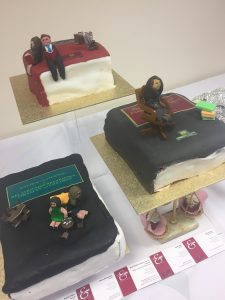 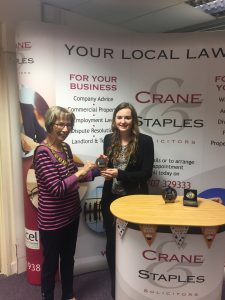 baked by Tia Hussain and decorated by James Shaw 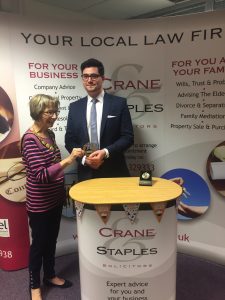 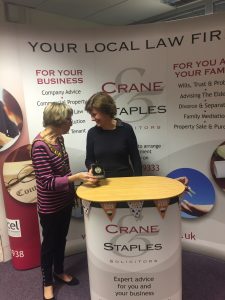 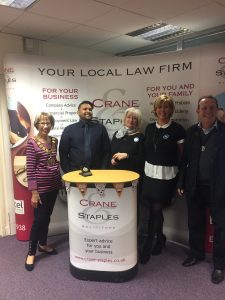 Social media was buzzing as the star attractions were shared, liked and retweeted.