We are delighted to support Team UK Young Guns as they represent their country at the biggest roller hockey tournament in the world – and one of our employee’s son is competing!

In July this year, Team UK Young Guns are taking 90 players of ages about 8 to senior level to compete in State Wars Tournament. This year it will be held in St Peter’s, near St Louis, Missouri and is the biggest roller hockey tournament in the world.  About 900 teams will be competing and representing their State, mostly from the US, but also from Canada and now the UK.

We were delighted to hear that one of our Accounts department’s son Nicky, aged just 14, has been selected to represent his country and compete with Team UK Young Guns.  Crane & Staples were pleased to support his and the team’s achievement and have contributed £500 sponsorship.  This has funded the tournament fees, insurance, the kit and a contribution to the coaches’ fees for pre-tournament training.

Nicky started playing roller hockey when he was 8 after walking into a session held at the Travellers Lane Leisure Centre in Hatfield.  He decided it was the sport for him.

He could not skate at all when he joined “The Crusaders”, but gradually began to improve and was invited to matches. When he started the youngest age group was under 12, so he was playing with and against boys much older than him.  He took up ice hockey age 10 and plays that at Alexander Palace for the Haringey Hounds.  This has also really helped improve his skating and game savvy.

This season he has moved to a club called The Farnborough Arrows and travels to Bisley (near Bracknell) each Thursday evening for training.

Trials were held in Rotherham in October and Bisley in November and the successful players were e-mailed on 8thNovember. There will be monthly training weekends held in Sheffield as it has the only US size roller rink in the UK. Nicky went to the first one 2 weeks ago.

The children are also to follow an off-pad conditioning programme specifically designed for the team by Farm Tough Hockey in the US. As well as competing players socialise with team mates from all over the UK.  The kids also take badges (pins) from their country/state and swap them, or team shirts, with players from other states and countries.

As well as being accepted for Team UK Young Guns for State Wars Nicky was also selected to play for the GB inline hockey team in the Junior Olympics, which are being held in California.  Sadly this is also July, so he will not be going this year but hopes to attend next year.

We wish Nicky and the whole Team UK Young Guns the very best of luck for their tournament. 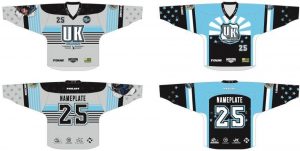 It is our great pleasure to announce that as of 1st April 2022, Manish Patel will be a Partner at Crane & Staples LLP. Manish joined the firm in 2018...

No-fault divorce – what does it mean? On the 6th April 2022, the introduction of a no-fault divorce will become reality. After over 30 years of this being campaigned for,...