The Long and Winding Road

The Long and Winding Road

The Bridges of London Walk 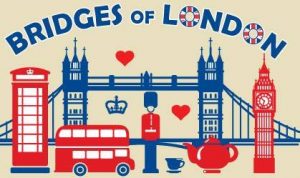 To be more precise the not-as-far-as-we-thought-it-was-going-to-be  Thames Footpath walk.   Last Sunday 25 September a team from the firm walked the Bridges of London for Isabel Hospice. We have been longstanding supporters of the hospice over the years and were delighted to join them on this occasion and support an excellent local charity.  Although billed as being 11 miles long, it was in fact nearer seven but the sheer volume of tourists and bystanders in and around Westminster Bridge certainly added an additional challenge. 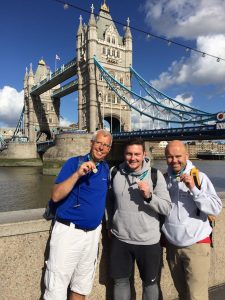 The walk started at Battersea Park by the Peace Pagoda and negotiated all the road bridges then Tower Bridge, finally finishing at Hay’s Galleria for a well earned pint and lunch before heading home. It's a tour through history, culture and the British Establishment (e.g the Houses of Parliament, Lambeth Palace, the South Bank, HMS Belfast) in addition to being a very pleasant walk on a sunny afternoon. We were very lucky with the weather as the attached photographs show. We understand over 400 people took part. Let's hope that the hospice makes a good deal of money from it. 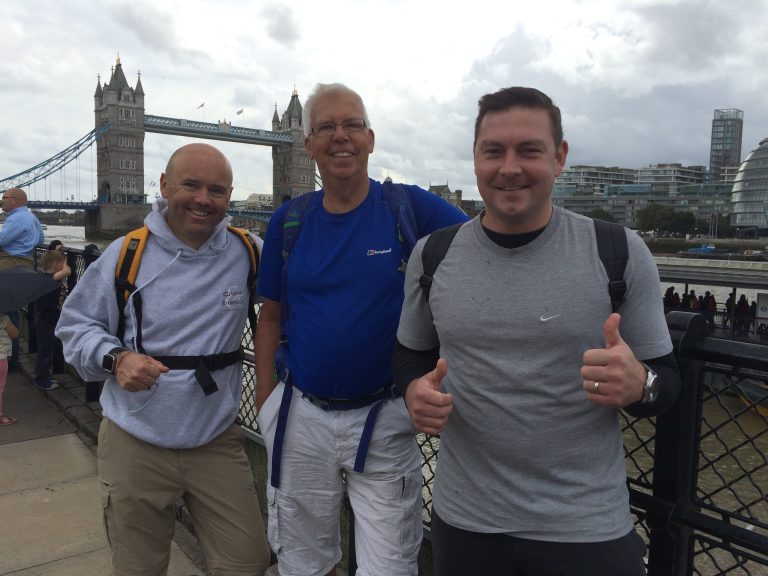